The Rio 2016 Olympic games are over and we are already missing the buzz, especially as Team GB did so remarkably well. The commercial side of things, of course, was dominated by the big multi-billion sponsors, however, there are plenty of interesting takeaways that SME owners and marketers can use to make their own viral marketing strategy more exciting.

This post is part of a series on Viral Marketing. Make sure you read the other posts:
Part 1 | Part 2 | Part 3

You might call this viral marketing technique newsjacking or piggybacking – it’s a practice of taking a popular trend and spinning it off to promote your own brand.

Now Michael Phelps, with his stash of 22 Olympic medals, hardly has a reason to be grumpy, however, he was caught pulling faces and the world went bonkers.

TBS Network (American Dad) did a great job trying to newsjack the trending #PhelpsFace meme. They made a cute cartoon of Roger the alien mocking Phelps’ face.

If done wrong, piggybacking can be a bit of a legal minefield. You have to be mindful of trademarks and content owned by other people. However, TBS Network had nothing to worry about as they didn’t use any Olympics footage or trademarks.

Yet as you cast your eye on it, you instantly recognise the meme. And that’s all that matters. Any company could have done this and the question is why they didn’t?

The only slight criticism I might have on American Dad’s effort is that it came a bit late. The #PhelpsFace trend peaked on 15th of August. Their tweet was released a couple of days too late, hence the rather mediocre engagement results – 217 retweets and 586 likes. You might think those numbers are great, however, for a Twitter account boasting 765,000 followers they should’ve done a lot better.

And as far as criticism goes, the tweet is not as funny as it could’ve been. Could I have done better? Probably not, but then again, I’m not a cartoon artist.

You’d think a big brand like Chick-fil-A (738,000 followers on Twitter) would have a system in place for monitoring their brand mentions, right? Well, #PhelpsFace triggered a few funny tweets suggesting Phelps was missing his Chick-fil-A, who incidentally are closed on Sundays (I know, long story…). For example:

When you're craving Chick-fil-A but it's Sunday pic.twitter.com/NU2rGPdFI0

When you drive all the way to Chick-fil-a and then realize it's a Sunday #PhelpsFace pic.twitter.com/po2gSZ31Uz

You can see by the number of retweets how popular these tweets were and you can’t stop wondering why Chick-fil-A’s social media person didn’t respond and react to these tweets. It would’ve been such a great opportunity for them to steal the limelight.

And as you scroll down through thousands of their customer support tweets, you can clearly see that their Twitter account is manned. So it comes down to the process – how do you catch your brand mentions where the tweeters haven’t tagged your Twitter account? The problem is that most of them will simply tweet about “Chick-fil-a” and not bother using @chickfila to tag the brand. Bigger companies are using tools like Socialoomph to monitor their brand mentions.

Unfortunately, Google Alerts or Talkwalker Alerts won’t return (reliable) results from Twitter and Facebook. If your budget doesn’t quite stretch to Socialoomph, you can implement a process whereby your social media person is tasked to perform a custom Twitter search twice a day. Go to https://twitter.com/search enter your brand name (without the @) and select “Tweets” from the “More options” dropdown.

Twitter’s search functionality has improved tremendously during the last couple of years and you’re bound to catch all your brand mentions, unless, of course, you get hundreds of mentions per hour by which point you should be able to afford Socialoomph.

Trackvertising is the next big thing in viral marketing

When Activia released Shakira’s “La La La” video featuring the cringy concept of “navel smile” back in 2014 (in time for the World Cup) trackvertising wasn’t established as a mainstream advertising approach. Two years in and it looks like trackvertising is a buzzword and that more and more brands are joining the trend.

Olympics spawned a few successful trackvertising campaigns and in the world dominated by ad blockers, trackvertising is a good way for brands to get their ads seen by millions of people. Take collaboration between Gillette and Sia for an example: https://www.youtube.com/watch?v=xRXfevLDZBc

Of course, you might ask – what difference does it make for my small business? The thing is that not all stars are as big as Shakira and Sia. There are local artists that could do with extra cash and co-promotion. Suddenly trackvertising is no longer out of reach for the majority of SMEs.

How to gain 18,000 followers through memes

For me the most inspiring viral marketing lesson from Olympics is taught by a content media company Cycle. On 11th August they celebrated Simone Biles’ gymnastics routine by releasing this video meme:

It got 2,500 retweets and 3,500 likes and it spread through various social media channels like wildfire garnering 45 million views in total. If you think 6,000 interactions on Twitter is a great result, the corresponding Facebook post got nearly 600,000 likes! They posted several Olympics memes during the run of Rio 2016 and increased their Twitter follower count from 60,000 to 78,000 in space of a couple of weeks.

I won’t be mistaken if I make an assumption that Cycle Media made preparations for their Olympic content campaign months and months before the actual event. In fact, Olympic games and other similar events are fairly predictable – you know exactly what disciplines are going to be featured and which athletes are going to be attending. So, if you want to make forays into viral marketing, your first task would be to come up with an events calendar.

Then identify the events that are more likely to resonate with your target audience and prepare as much raw visual material as you can. Could Cycle Media have known that Simone Biles would win the gold medal?

Kind of yes. She was already reigning National champion this season. In big sporting events there are rarely big upsets, so if you aim to prepare content for the top 3 athletes most likely to win a medal, you will be spot on. And then when it actually happens, you can get your meme out in a couple of hours pipping the big media guys to the post.

From a technical perspective, the video is not particularly well executed. It’s not meant as a criticism; what I’m trying to say is that you or me could easily have done similar work on a home PC. What made it a winner then? It is simple, it’s a really cool idea, it’s positive and it is well-timed (unlike Roger the alien).

What’s left to discuss, however, is the legal side of things. How did WOC not kick up fuss about this? The simple answer is that it wasn’t their footage. If you look more closely, you will see that Cycle’s meme is based on footage taken from a much smaller event. In most cases visual content can be “borrowed” on basis of fair use policy.

Of course, you absolutely don’t want to borrow WOC’s stuff and also you can hardly borrow footage from smaller networks if you intend to use the work commercially, like selling products or creating an advertisement. In Cycle’s case, they weren’t blatantly promoting a product. Yes, they used the video to improve their social media reach.

Also, if you take a look at knowyourmeme, all these images are owned by somebody. How are the meme makers not sitting in jail? Simply – “fair use” policy.

Having said that, I’m not a copyright lawyer, so if you’re planning on doing viral marketing that involves using other peoples’ intellectual property, always consult a lawyer, or simply ask the owner. You’ll be surprised how many people are going to be happy for you to use their footage in exchange for a simple “thank you” note or a linkback.

We noticed this green trend back in 2012 during the London Olympic games. The green agenda was everywhere. EDF Energy, London 2012’s sponsor, introduced smart power meters at various venues letting viewers monitor the use of energy.

This year in Rio we could see that sustainability was still on everyone’s mind. Starting from the story line of the opening ceremony and ending with the sustainably-built aquatics stadium that was constructed using nomadic building techniques which meant that it would be dismantled and then re-erected as two smaller venues.

Even if your small business has nothing to do with sustainability, you can put a green spin on almost anything.

So there are six important marketing lessons that your business can take away from the Rio Olympics. Why not create a calendar of events for your business and start making the most of these opportunities for your marketing. You can also get plenty of practice in before the next Olympics. 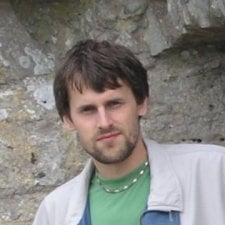