How to build Twitter followers for the B2B space 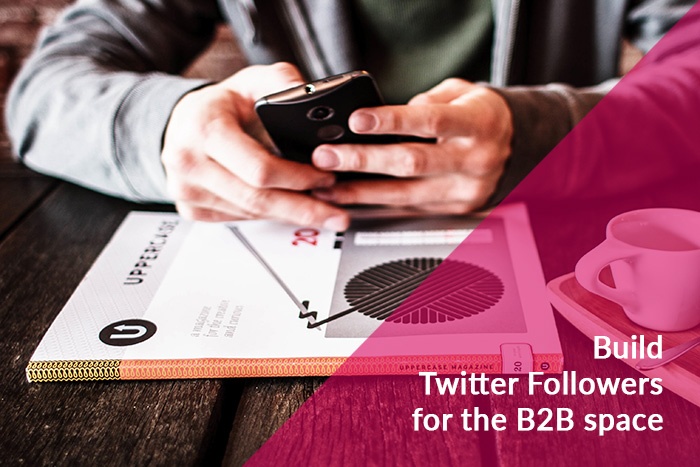 Social media has undoubtedly become one of the most recognised discoveries of the 21st century and Twitter in particular has established its position as a popular source of communication for B2B, but many businesses, big and small are still struggling to build their follower base. When it comes to steps to build twitter followers for the B2B sector, we all know the drill, someone follows you and you follow them back or vice versa, you follow your friends and colleagues and maybe even some of your favourite ‘inspirational business people’ but these half-hearted and unplanned efforts will not get you 100,000 followers any time soon, nor will it get you the right kind of followers.

Don’t forget about your buyer personas

Every business has an ‘ideal customer’ that they would like to sell to and these should be the people that you try and connect with on Twitter. A big mistake that many B2B companies make is only following their competitors or people within similar organisations.

If you think of your Twitter page as a bakery, you want to attract people looking to buy bread, not other bakers! Take the time to research who regularly uses hashtags that are relevant to your business, review their profile and if they fit your buyer persona then follow them. This may seem like a time-consuming task and it may take a little longer than your normal Twitter following spree but it will benefit you far more in the long term than spending a minute or two a day following all the wrong people.

If, however, the reason you follow all your competitors is to keep an eye on what they’re up to then there is an alternative solution to this. You can add them to a private list which enables you to monitor what they’re doing without having to follow them. However, don’t forget, if you’re doing this to them it’s more than likely that they’re doing the same to you so be choosey with what you put on Twitter!

Make your bio interesting and relevant

Your bio is the first thing someone visiting your profile will see so you want to make sure it’s interesting but even more importantly it needs to be relevant, to help attract the right people. When you think of Twitter the first thing that comes to mind is usually hashtags and you very rarely see a tweet without one, so ensure you include one or two of them in your bio and not just your tweets.

There are a number of people out there who like to support local businesses so including your location can help you build Twitter followers easily and although they may not fall into your target audience you never know who may follow them so it’s always good to get your name out there.

Make sure you include your website URL in your bio, this way anyone who comes across your page and likes what they see can go directly to your website using the link in your bio. This will ensure you don’t lose them to a competitor when they’re running a Google search to try and find you. As well as your website URL you should also include links to your other social media accounts. If someone likes you enough to follow you on Twitter, then they just may like you on Facebook or LinkedIn also. Cross-promotion is a quick and easy way of gaining traction over all social media accounts.

You want to be easily recognisable and also easy to find so make sure you use your company logo as a background picture. You can also use a team photo.

As far as the Twitter profile picture is concerned, there are two schools of thought. The general consensus is that headshots work better than company logos.

You should also use a recognisable twitter handle. How many times have you searched for ‘Joe Bloggs’ and used the @JoeBloggs handle only to discover their handle is something completely irrelevant to their name. Keep it simple, use your business name if it’s available and keep it short – this will make it easier to remember.

Just because it’s your B2B Twitter account does not mean it has to be dull. Include pictures in as many of your tweets as possible, these draw the eye and research shows that a tweet is 94% more likely to be re-tweeted if it includes a picture.

Do some research on the best times to tweet, this way you can schedule your messages to go out at the optimum time and will get a better reach, which in turn should hopefully mean more re-tweets and a faster route to build Twitter followers.

However, I want to stress that scheduling your tweets does not mean automating all of them! Keep your page personal, don’t be tempted to hand your twitter over to ‘the robots’ completely.

It may seem like an easy way of keeping on top of your social media without actually having to put any time or effort into it but people can sniff out an automated profile from a mile away and according to Twitter Support you may even end up being  suspended if your account automation violates the Twitter rules.

We touched upon searching for people who tweet using popular/relevant hashtags earlier on and studies suggest this should be done daily but don’t worry you don’t need to spend more than 10 minutes a day on this. There’s nothing wrong with building Twitter followers slowly and steadily if it means you are attracting the right people. There’s far more benefit to gaining 2 relevant followers a day rather than 50 pointless ones.

It pays off to take note of who interacts with you regularly. If someone is consistently re-tweeting or liking your tweets, then it would be beneficial to engage with them as much as possible. Think of them as a brand ambassador – they like what your company does and they want to spread the word so keeping them on your side could benefit you in the future.

If you’re putting out an offer, contact them directly to let them know about it. Thank them for their re-tweets and if you think fit then reach out to them to see if they would like to be added to your newsletter – this way they can receive offers from you directly and they could turn into a customer.

Now this may sound a little contradictory but don’t respond to everything and anything! Unfortunately, you will come across plenty of spammy posts on Twitter, people will include your handle in a completely irrelevant tweet and some will comment on tweets that you post asking for follows or re-tweets. This kind of attention is of no benefit to you so be choosey who you respond to. If you come across someone beneficial then respond to their relevant mentions and retweets personally. This builds a good rapport and gives that personal touch that we spoke of earlier.

For anyone that wants a helping hand when it comes to building Twitter followers there are a number of great tools on the market. We’ve taken a look at Magistr.al which has many interesting features to help you build your Twitter following, manage lists and find engaging followers amongst other things.

For many people who are not familiar with the ins and outs of Twitter these tools can be quite daunting but the majority of them have ‘how to’ videos you can watch and it’s well worth persevering and getting to grips with them as if used correctly they can build your followers far quicker than you could ever do yourself but be sure to do your research before committing!

I mentioned Twitter lists earlier but they have other uses too, other than just spying on your competitors! Creating lists can make it easier to arrange online users together according to similar interests or characteristics. This way you can address the correct group of people when posting offers or topic specific posts.

It also helps you to gather information quickly and efficiently and increases your visibility as the more lists you create/become a part of the more exposure you are getting.

LexisClick are offering a free marketing opportunity assessment that can help your business identify its pain points and areas of improvement. If this is of interest to you, please click the link below: 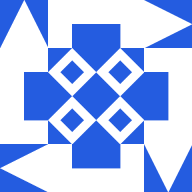 Steph works as an office coordinator at LexisClick, making sure day-to-day operations of the agency run as smoothly as possible. She has experience in events management, seminars and customer relations.